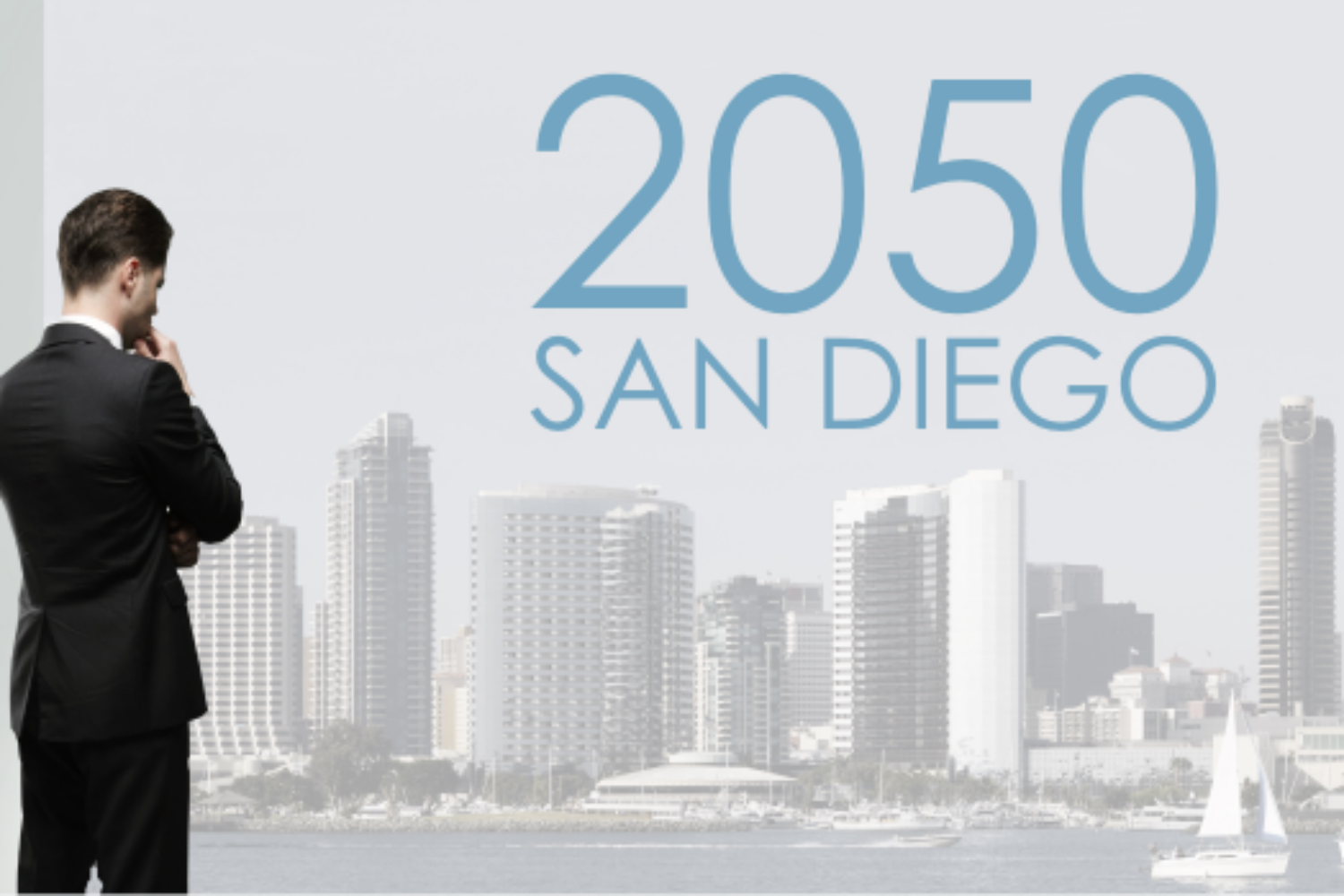 LEAD San Diego’s HOT TOPICS featured an event targeted on answering the question: What will the San Diego region look like in 35 years? The program was led by Clint Daniels of the San Diego Association of Governments (SANDAG), who provided an overview of how San Diego is expected to change and where the growth is expected to occur. Below are the big takeaways on what real estate will look like in 2050.

Where San Diego will grow

SANDAG projects that approximately 333,000 housing units will be built in the next 35 years. Of these units, about half will be developed in the City of San Diego with major growth occurring downtown and in central San Diego along University Ave. and El Cajon Blvd. Growth is also projected to occur in the unincorporated areas of the County; almost 20% of the new housing units are projected to be located in areas like Ramona, Valley Center, and Alpine. Areas that are not expected to experience growth are the North County coastal cities; Del Mar, Encinitas, and Solana Beach have imposed strict regulations on development, so virtually no new housing is projected over the next 35 years.

What will be built

The reason for this trend is that the region has essentially run out of land. As of today, about 7% of the County’s 2.7 million acres is developable (189,000 acres), and about one-third of the County has been dedicated as open space. The majority of developable land (both for single family residences and multifamily residences) is in Otay Mesa, Carmel Valley, and the outskirts of Escondido. Due to a lack of land, developers are focusing on infill projects or mixed-use developments. 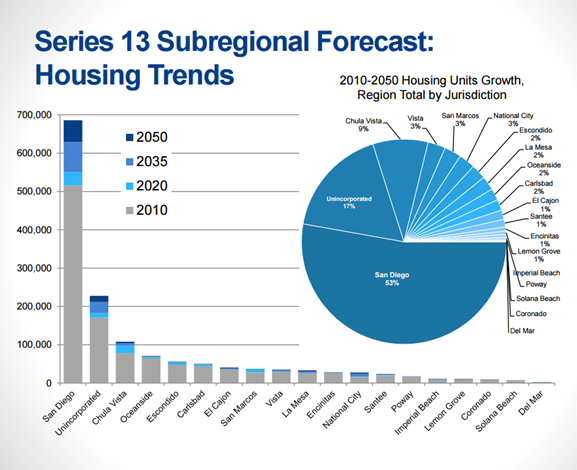 – California is currently experiencing a drought, but according to the San Diego Water Authority this is not expected to curb development through 2050. There is not enough of a risk to cap development in the short-term, but the question that remains is, what will be the cost of water in the future?

– The San Diego craft beer scene is not projected to significantly expand due to lack of water. With breweries like Stone and Green Flash opening operations on the East Coast, it’s projected that the rate of breweries expanding in San Diego County is expected to decline.

Of the projected 333,000 housing units to be built in San Diego County by 2050, about half will be developed in the City of San Diego and the remaining in the unincorporated areas of the County. Of the 333,000 new construction units, about 80% will be multifamily (apartments, condominiums, etc.), a trend due to limited amounts of developable land. Remaining construction will focus on infill projects or mixed-use developments.